Rekindling the roles of national museums in Dublin and Belfast 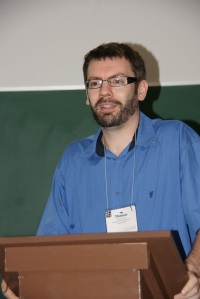 Thomas Cauvin is doctorial researcher at the European University Institute and is affiliated to Eunamus’ partner in Paris. He contributes to Eunamus’ research on great historical narratives. He has been invited as a guest at Unfolding Eunamus to present two recent articles of his dealing with new roles for history, historians and national museums in Ireland and Northern Ireland during the 1990s.

National museums have had, for a long time, purely occasional relations with academic historians. The island of Ireland is not an exception. For most of the twentieth century, neither the National Museum of Ireland (Dublin Republic of Ireland) nor the Ulster Museum (Belfast, Northern Ireland) collaborated with academic historians to arrange and display their historical collections. The situation changed radically in the 1980s and 1990s; the two national museums worked with historical advisers to stage commemorative exhibitions for the tercentenary of the Battle of the Boyne (1990) and the bicentenary of the 1798 Irish Rebellion (1998). These new collaborations resulted from the encounter between cultural and political demands – especially during the political context of reconciliation in Ireland and Northern Ireland – and historiographical redefinitions of the use of the past.

The Irish and Northern Irish politics of reconciliation promoted new roles for history, historians and national museums which were used as sites of dialogue and inclusive historical narratives. The new roles assigned to national museums – and the activity of the
historical advisers – contributed to changing the interpretations of the historical collections within the National Museum of Ireland and the Ulster Museum in the 1990s. This had also major consequence on the modes of representations. The displays were less and less object-oriented, focused more on historical interpretations and provided more information on the international context of the events exhibited. The balance between visual and written materials was also modified due to the wish of the historians.

The collaborations between the national museums and historians brought about new political uses of the past. The roles of historians working with governments are often criticized – as the French project for a House of French History demonstrates. Likewise, the historical advisers in the two Irish and Northern Irish national museums acted as bridges between culture and politics. In conclusion, the collaborations came from new political interests in the past and contributed to rekindle the roles of national museums.

The arguments proposed in this blog post come from two recent publications:

-Thomas Cauvin “Commemorating Historical Conflicts during the Peace Process: The
Bicentenary of the 1798 Rebellion in Ireland and Northern Ireland”, in P. Fox and G. Pasternak (eds.) Visual Conflicts: On the Formation of Political Memory in the History of Art and Visual Cultures, Newcastle upon Tyne, Cambridge Scholars Publishing, 2011, pp. 65-87.

This entry was posted in Cultural policy, Research and tagged Memoria e Ricerca, Politics of reconcilliation, the National Museum of Ireland, the Ulster Museum, Visual Conflicts: On the Formation of Political Memory in the History of Art and Visual Cultures. Bookmark the permalink.